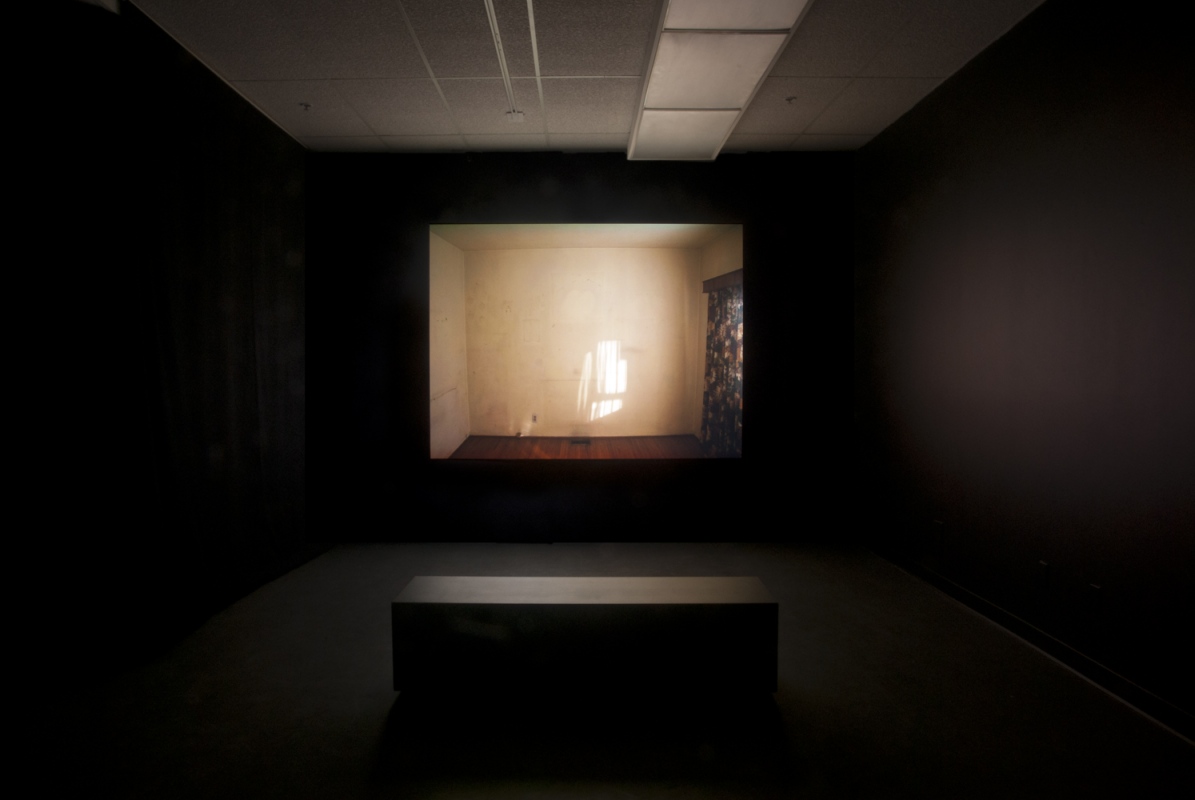 For Measure of Light DRIL transformed the galley into a black box for displaying a series of light sensitive works. This image is an install shot of a video projected, time lapse animation, located on the north wall. 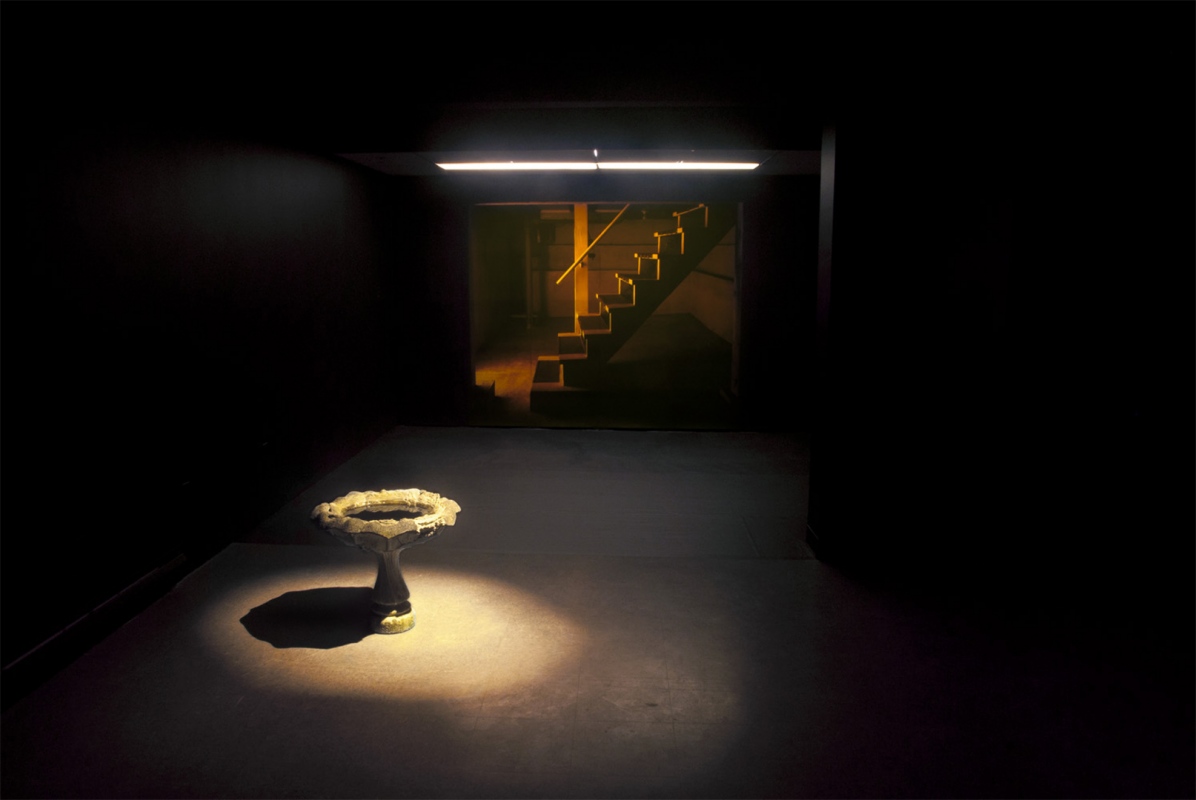 This installation shot depicts a birdbath we discovered in the back yard of the vacant home. Responding to evidence of previous D.I.Y. attempts to repair the bath, presumably by the deceased homeowner, we rebuilt it from a state of extreme erosion. This was done using concrete patch work and a polyurethane resin seal coat for the basin. In the context of the exhibition, this process of repair was identified as a subtle symbolic act of preservation. During the exhibition the basin held a pool of black ink, framing the illusion of an infinite space while drawing connections between the other forms of print and photography. It's seen here, posed in front of our large photographic print, cellar stair. 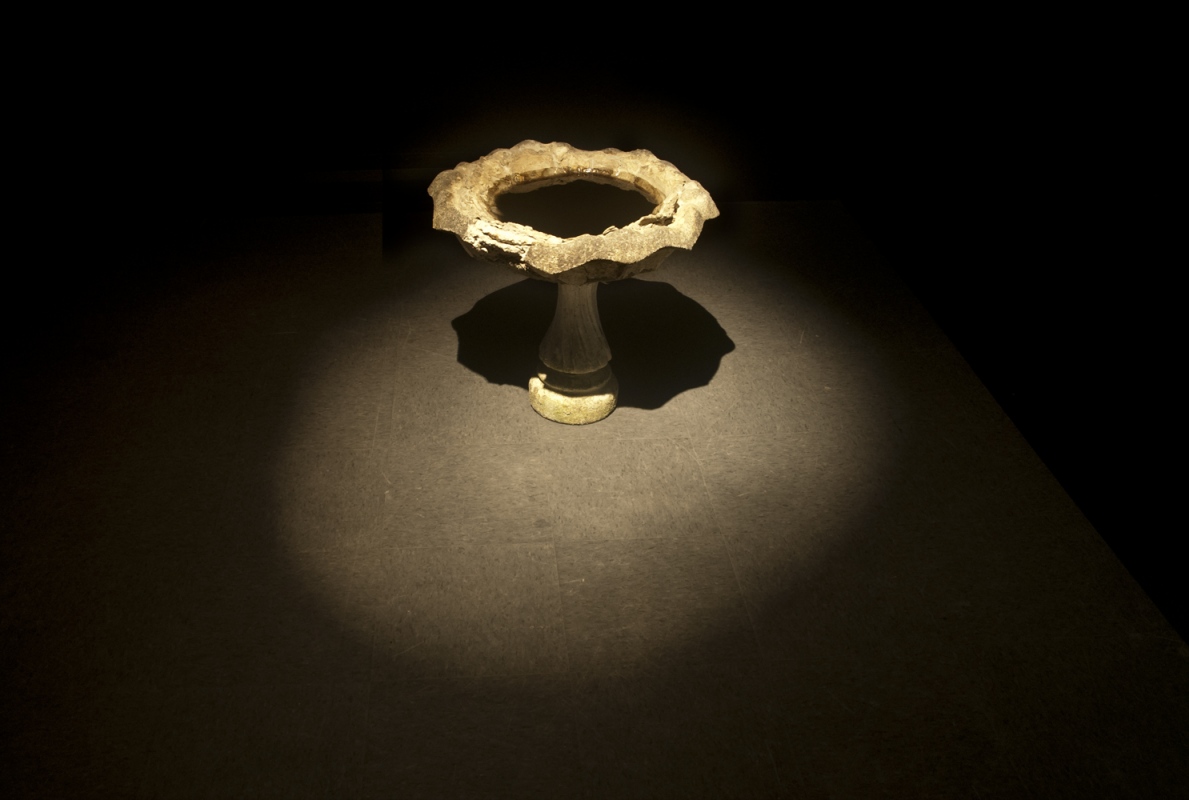 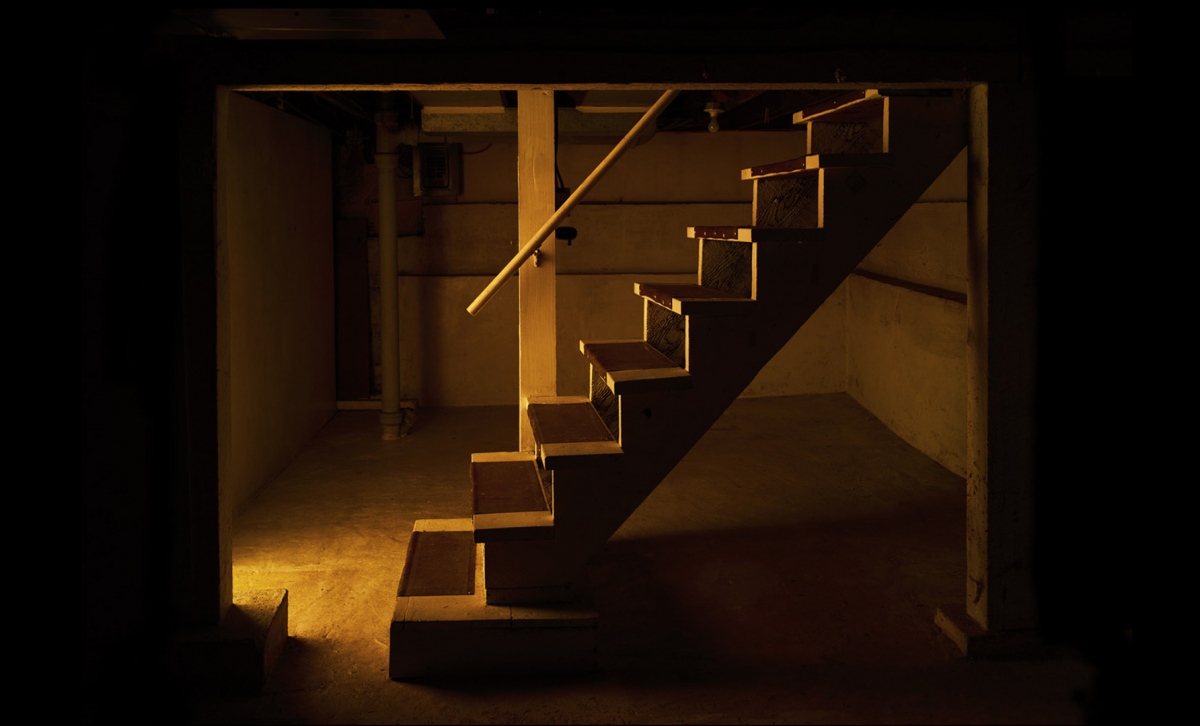 This cellar staircase image was created for our Measure of Light exhibition, and presented as a life size, high resolution print, formatted to fit an alcove. This was made possible by the use of a full frame, phase one digital camera. The composition was inspired by readings from Gaston Bachelard's novel The Poetics of Space. Specifically, the chapter: the house from cellar to garret, the significance of the hut. 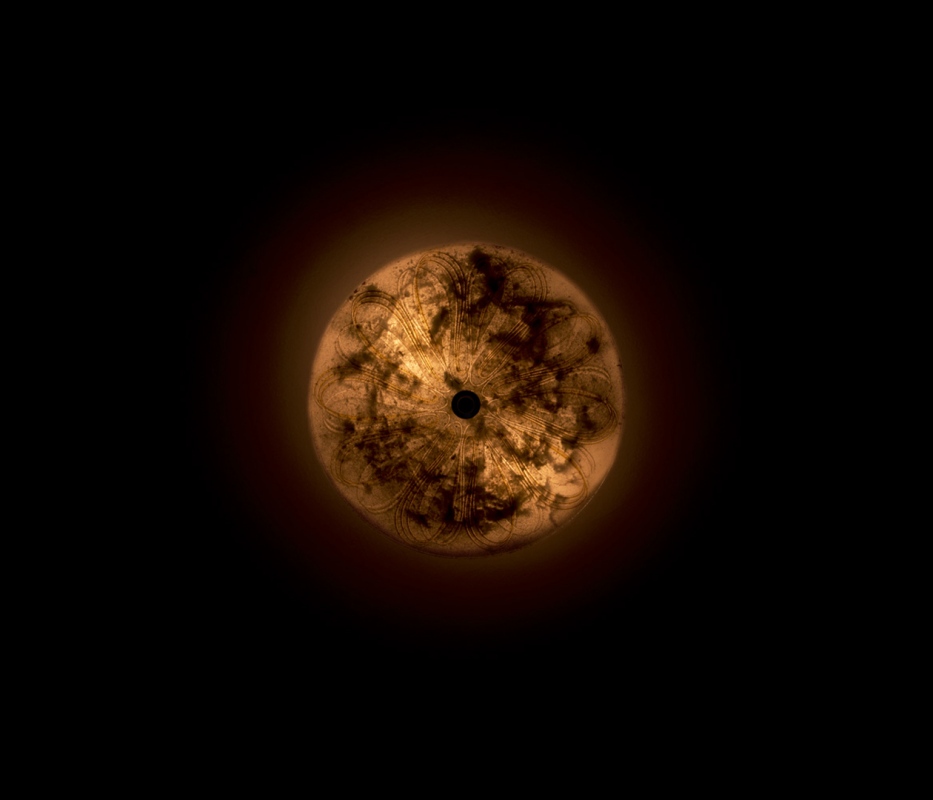 This image was also presented to scale and displayed in our custom made, solid walnut light box. It depicts a glass light shade, for a ceiling fixture that was discovered in one of the bedrooms of the vacant house. The high contrast exposure, along with the accumulation of dust and insects silhouetted in the shade indicates the passing of time, and contributes to an ambiguity that is heightened by the presentation of this ceiling shade on the the wall.